The Rain Saver
from Water Conservation Technology
P.O. Box 121, Sydenham, Ontario K0H 2T0 Canada
(Click on the photograph above to go to the original article)


Bob asked how we might set up rain catching systems in the garden. A Google search revealed that my first instinct, barrels, was not too far off the mark.

We could make a rain water harvesting system that has a pipe that leads to a barrel, or even a discarded jacuzzi.


I believe that rain water collection is a good idea especially in areas like Florida, where the soil is sandy and water is not accumulated.

What do you think? 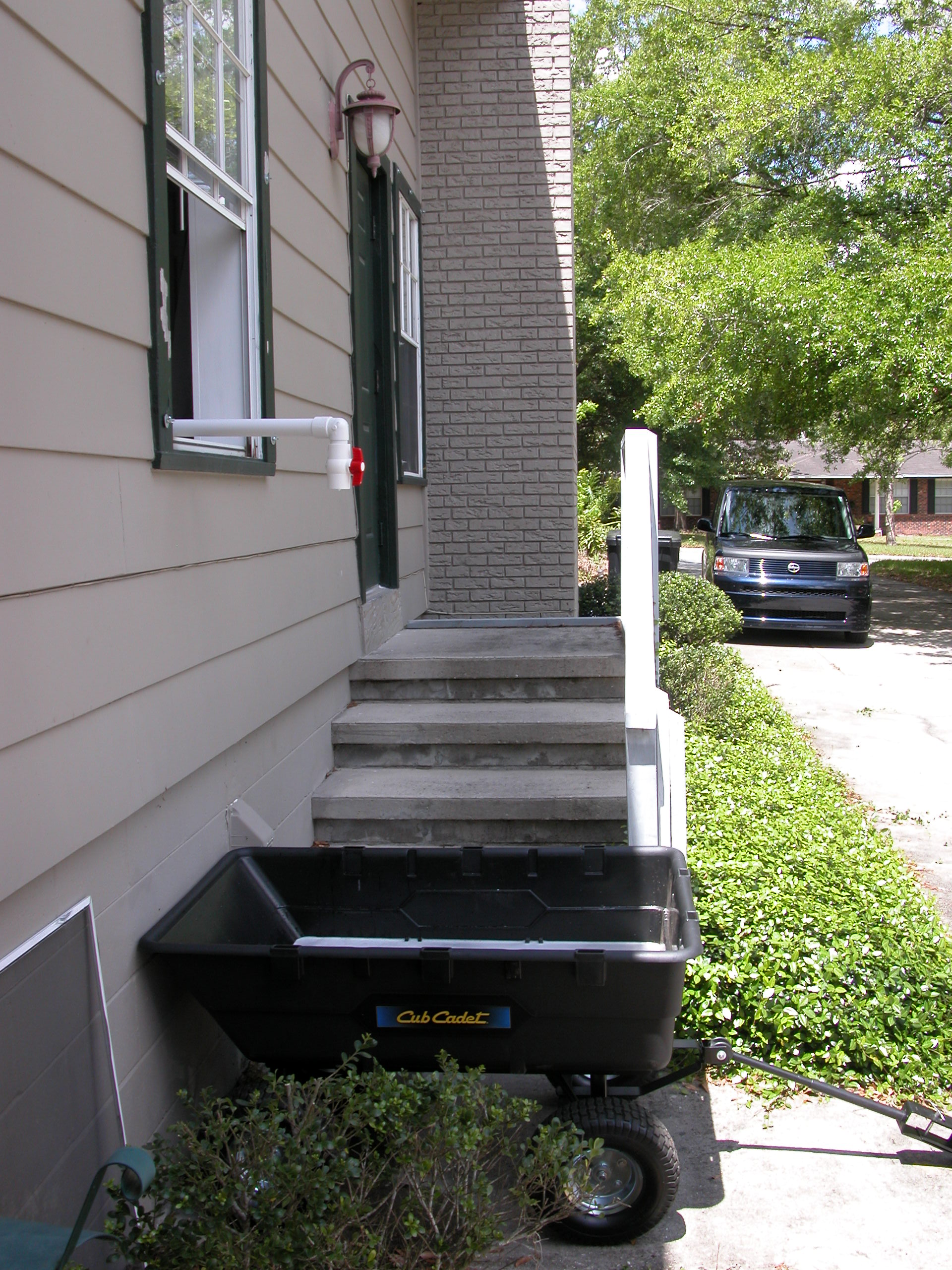 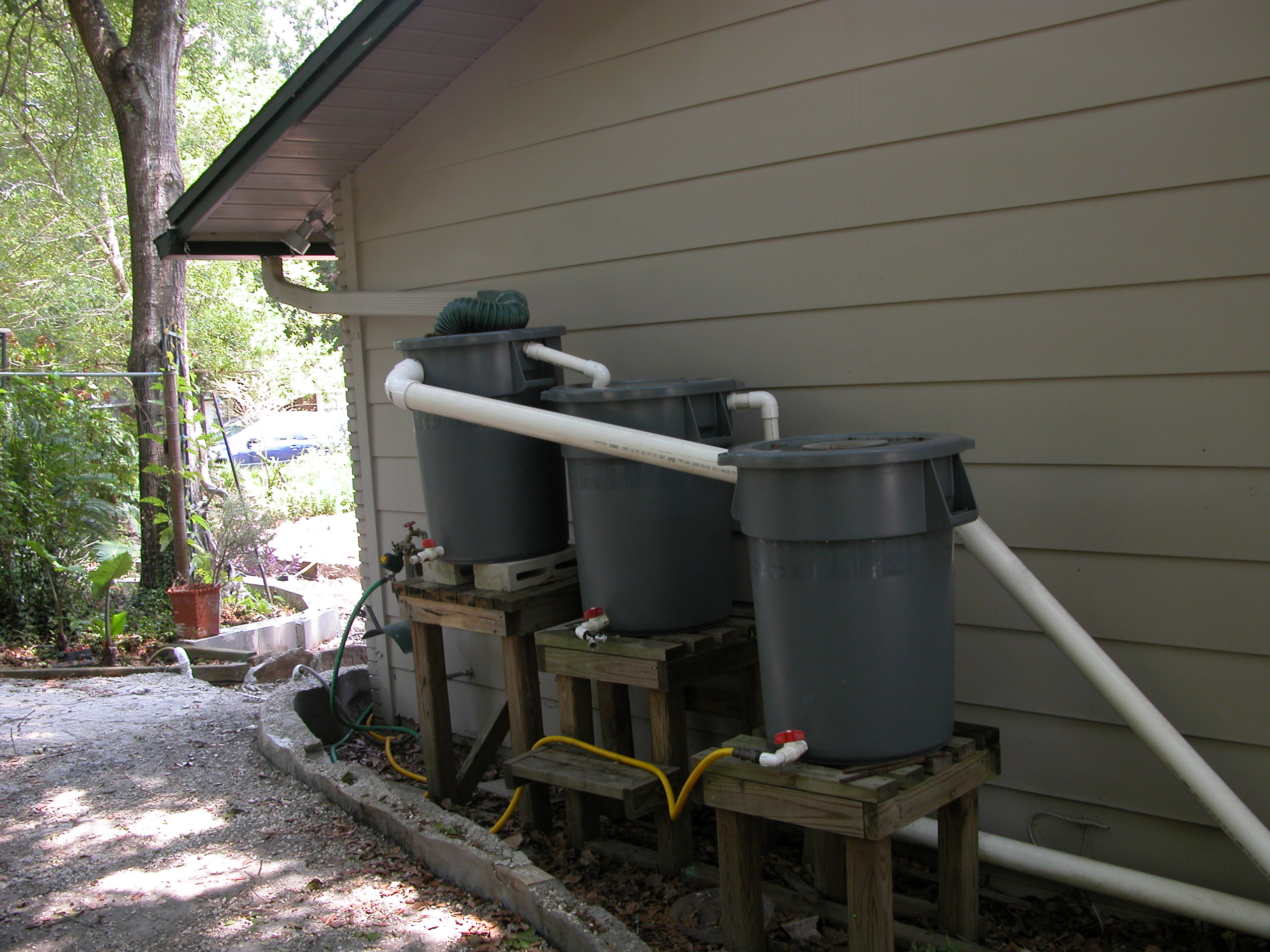 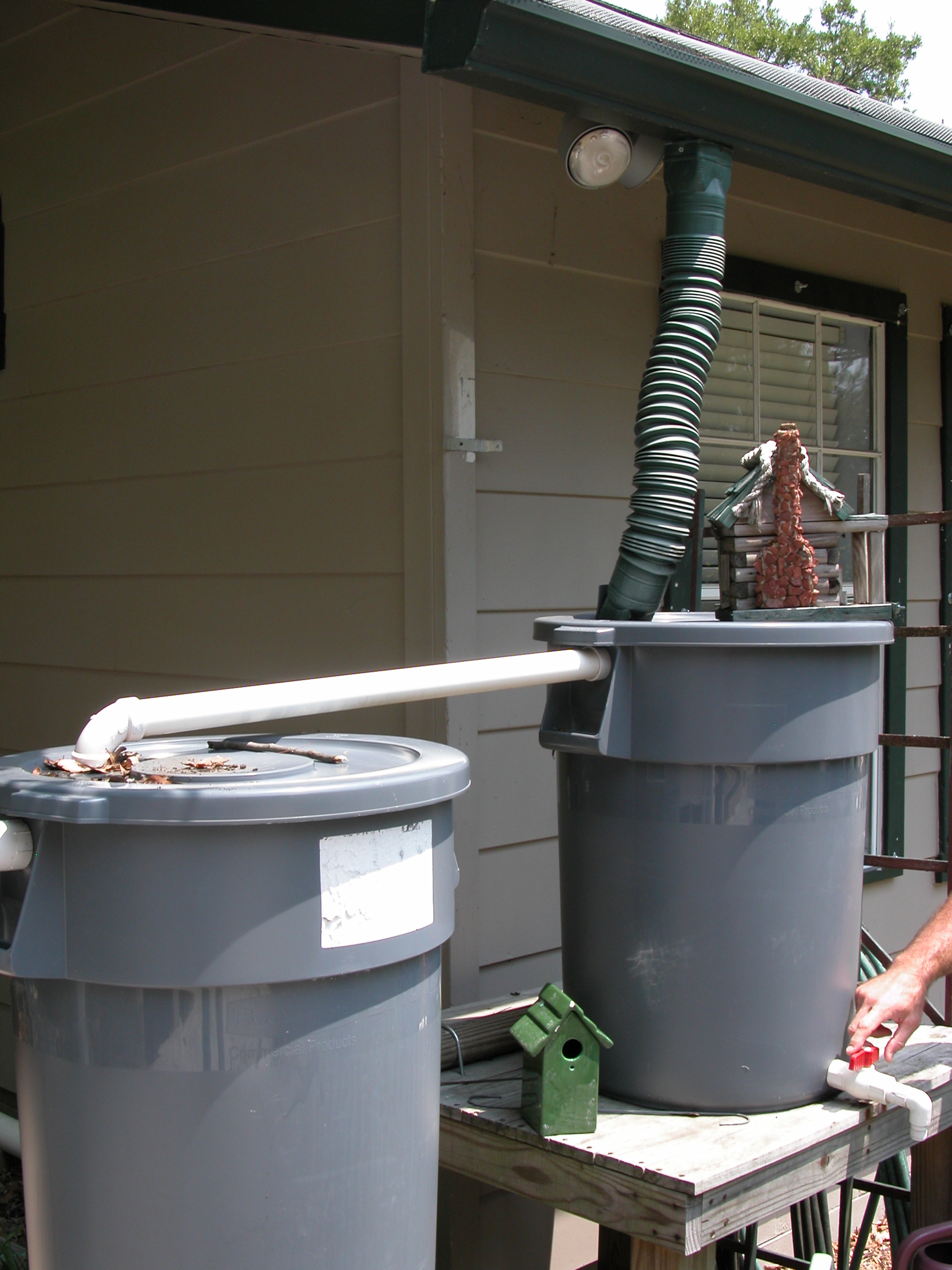 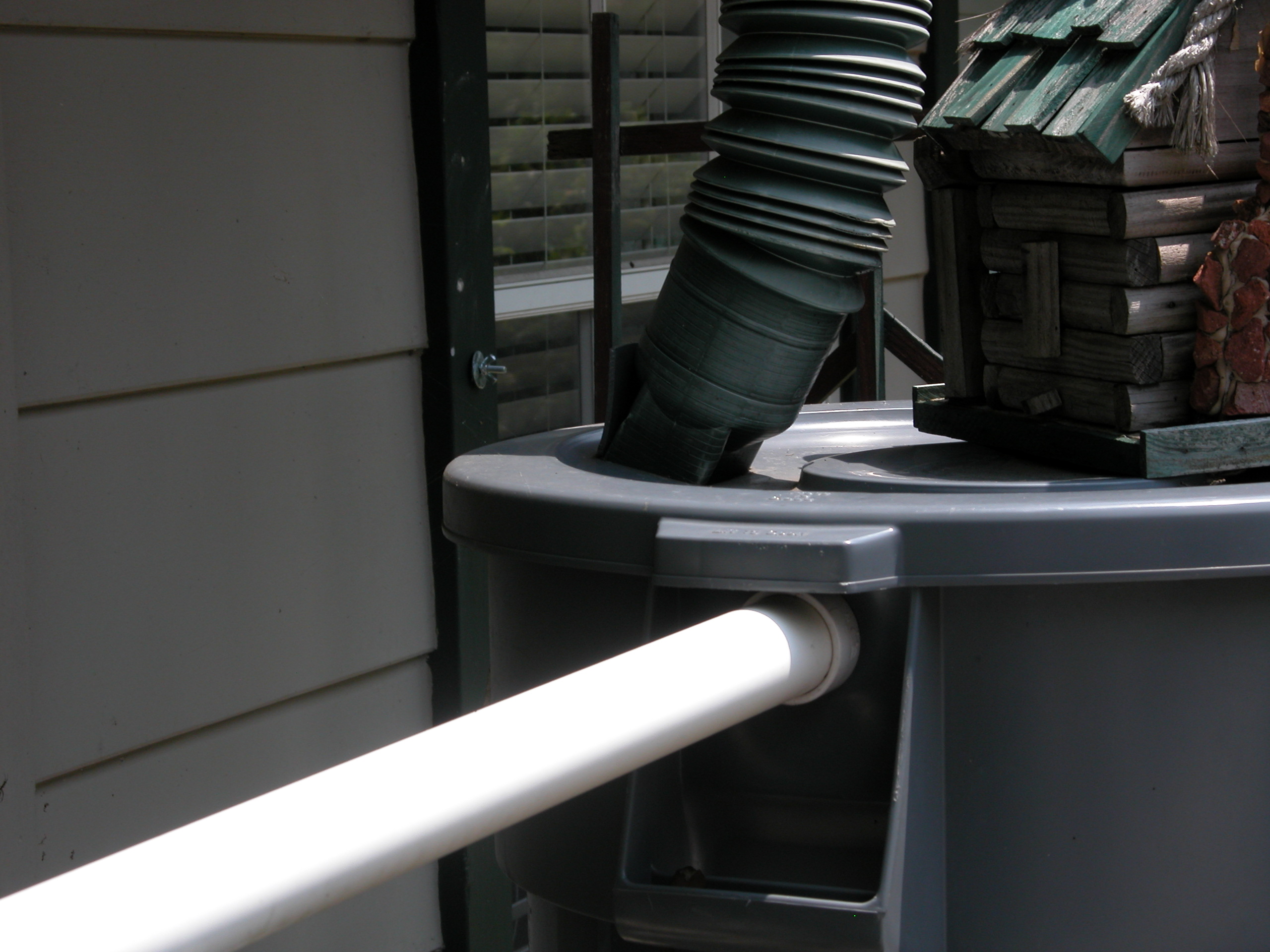 Hi Mike: Thank you for opening this conversation. Cisterns (rain barrels, tanks or vaults) are one method with which we could water McRorie; we would have to water using highly efficient means of delivery, but you've heard my rant on that already.
The principal challenge that we have at our gardens is the lack of "roofshed" (I can send a program that caluculates surface area of roof and potential amount of water that can be captured based on rainfall volumes if anyone would like to see that.). However, there are a number of options, not the least of which are constructing a few awning structures that provide shade to the the garden in some of the hotest areas, and from which we can capture the rainwater runoff.

Another option is dew collectors. There are myriad designs, but basically these are large funnels on which condensate forms and is collected either in a barrel or drained into pipes which deliver the water directly to the plants. The one of the key requirements for any sustainable irrigation method is the elimination of sprinklers. I had to say it, and I will illustrate why.
To maintain the current (approximate productivity of McRorie with rainwater and high-efficiency irrigation would require ~81,450 g/yr. To do the same with sprinklers would require ~735,000 g/year; roughly the same amount of water as 8,000 homes use in Gainesville in a day!

I have attached a few images of cistern systems that I have installed through/with Applied Environmenal Science, Inc., a not-for-profit that helps urban dwellers develop homesite sustainability plans, including rainwater/stormwater irrigation.
Finally, most two-person households discharge enough water from their clothes washers to irrigate enough crops to provide all the fruits and vegetables for a family of four year round. I've included a very simple pipe assembly for capturing washing machine "waste" water for irrigating the garden.
Thanks,
Ron

My question is why don't more areas with water problems use methods (like this) to conserve water? For example, I know lots of folks in Colorado and there's a definite water shortage there. It's well known to the extent that the local culture is aware of it. You hear people talk about it while washing dishes after a party! But, I have never, ever seen any cisterns.