Kurt Sandiforth dropped by the Bike Preserve on his way to South America. At first, I was amazed and intrigued by his plans. He had already been in several countries on his fat tired bike.

He dropped by several times for coffee and conversation while he was in Gainesville, FL. Kurt made all the bags on his bike, a Surley. He trimmed down his belongings to the bare essentials. He even has a spoon that doubles as a tool. 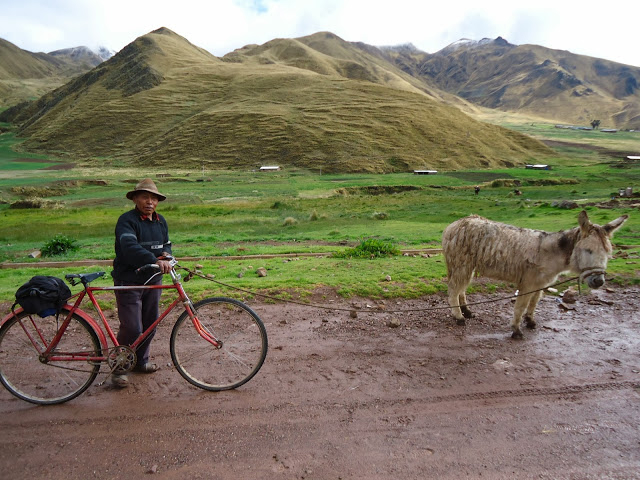 I find myself reading his blog daily. Kurt is an excellent writer and photographer. He loves culture and coffee. He also has a good sense of humor. That's one of his photos above.

There are a cadre of bicycle travelers he gets his route info from. Right now, he's in Peru riding down some ancient trails between villages along the Andes.

While on a longer than anticipated hiatus from his world bicycle tour, Kurt Sandiforth ended up at Peoples Bicycle in Beacon, NY. In addition to his duties as mechanic, he spent his time building his own bike gear from scratch and replenishing his savings. He also competed in three self-supported endurance events in 2012, with a total count of about 4,000 miles raced. We caught up with Kurt just before he resumed his journey around the globe and captured some of his story.