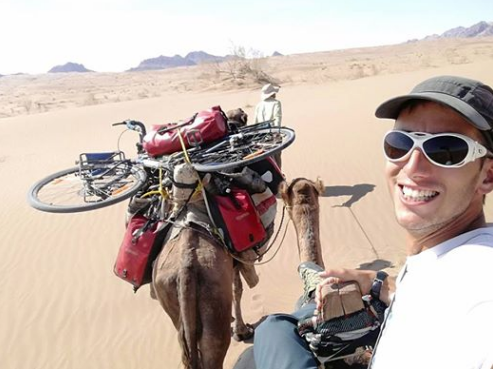 These guys are serious bike tourers. They aren't into a bunch of malicious talk or much sarcasm, except funny stuff.

There are great, inspiring stories about places they go, how they pack, what they ride, all sorts of things from all sorts of places.

Have any of you been on some epic rides lately? Gone anywhere via bike and camped? Pickathon was just little while ago outside Portland. It's a popular music fest to cycle to.

The Sewanee Fest is this weekend in Live Oak, FL. It's about 45 minutes from Gainesville...by car. Would be a great place to ride and camp. I've been mostly bike commuting on my townie. It's a Rivendell Bleriot. In fact, I am about to get on it and ride to this very lake. It's cool outside for the first time since about May here in Winter Park.

Let us hear from you! What's the new ride? Been to a community bike shop lately? Wow, Ryan and friends are kicking up a storm in Gainesville.