This is a fine example of a state of the art, Belgian Eddy Merckx road bike. It's an EMX-1. Click the photo if you want a closer look. What's the story about Merckx bikes? Why might you want one?

Eddy Merckx was first a competitive road bike racer. He's considered by many to the most successful racer in history. Eddy Merckx Cycles was formed in 1980, a couple of years after Eddy stopped competing.

Here's the Merckx philosophy from the official Eddie Merckx website:

Eddy has always been obsessed with bikes - in fact it wasn't unusual for him to get up in the middle of the night to change something on his handlebars or gears. Position, fit and feel are incredibly important for him - on his own bike and on those of others too. This innate understanding of how a bike should be - a result of talent and many years of experience - is key for the design of every Eddy Merckx bicycle. 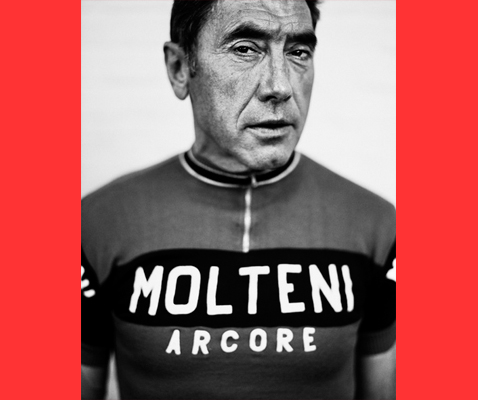 Édouard Louis Joseph (Eddy), the Baron Merckx (Meensel-Kiezegem, 17 June 1945) was a professional cyclist from 1961 to1978. Cycling fans consider him to be the most successful cyclist in history, with 525 competitions to his name. In 2000, the French magazine Vélo called him the ‘greatest cyclist ever’ and many sports journalist refer to him as the cycling god. He won the Tour de France and the Giro d'Italia five time each, has won all of the top events except for the Paris-Tours, has won the Vuelta a España, has won the world championship as both a professional and as an amateur, and has broken the world hour record. Read the rest here. This is a 90's model Merckx Corsa with a steel frame for comparison. The Merckx team was sponsored by 7-11 and that's why the colors are 7-11 red and green. Although it's a bit heavier and the components are not state of the art, it's a quick bike that's comfortable to ride.

Have we reached "peak automobile", where the numbers of cars on the road are declining? At least a few of us think so. Of course, there's a time and a place for everything. There are perfectly good reasons to use a car, including time and distance, carrying capacity and weather constraints. But, there are a huge number of situations where you can comfortably commute via bicycle. And, competitive cycling is fun, too.

Do you have anything about Merckx cycles you'd like to share with us here at the Bike Zoo? We'd love to hear!