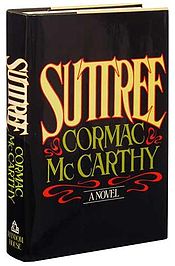 I just finished reading Suttree by Cormac McCarthy. Two of his books were recently made into movies; No Country for Old Men, and The Road.

On the surface, Suttree is a description of the River front in Knoxville, Tennessee toward the end of the depression era.  A time, place, people who are gone and will never be again.  Just underneath, the book is about so much more.

The River Front is a place where burnt and defeated drunkards go to suffer the remainder of their lives.  Suttree has ended up there, living on a decaying houseboat and making what living he can from fishing in the polluted river.

McCarthy shows us this dismal community from two perspectives.  We see it as the shameful, depressing place as it would be seen by an outsider.  People without cause or merit.  Urban rot.  But, we also see it as a community of real people, with a complex and subtle support network, some of the inhabitants of great skills, insights, wisdom.

Likewise, we are shown the two sides of Suttree.  His mother has always blamed him, implicitly or explicitly,  for the death of his twin who died as Suttree was being born. Though illogical, he internalizes the guilt from an early age, and so becomes the bad brother, his dead twin, the good brother who never was.  The left-handed Suttree and his right-handed twin.

While he is seen by polite society as a shiftless, aimless drunk, we also see him as a compassionate, loving friend and neighbor, a wise and thoughtful man.

In the end, we discover, there is only one Suttree.

I started this book several times before I got into its rhythm. Cormac gives sprawling descriptions of the landscape with a vocabulary which often exceeds my own, sometimes exceeding that of Daniel Webster.  But, you come to understand this jabberwocky all the same.

I highly recommend this book, but you'll need a shower when  you're done. 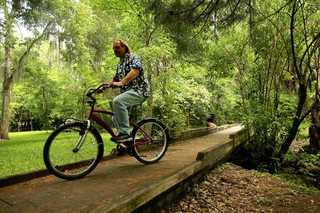 (This Discussion was written by Tim Kinney, in the photo above, and posted by Michael Levin)