There's something about hot peppers, especially jalapeños, that just makes me feel great. It all goes back to my days growing up in the Southwest. Peppers are such a part of the culture in Mexico, Texas, New Mexico, Louisiana, and Colorado (to name just a few places) that its impossible to ignore them. You just get involved to one degree or another.
So, being around the peppers in the McRorie Community Garden is a real delight. And, it's a trip down memory lane. Those peppers in the photo above are probably Blake's. Some plots have changed hands recently, so I'm not sure. I know Blake's grown peppers in this patch before, so they're probably his prizewinners. I looked for a photo of Blake in the collection of Human Beans on the Zoobird blog I started before Zoobird proper, but couldn't find one. (Later...) Here's Blake, below: The last time I saw Blake was a momentous occasion... I just looked for the photos of the "momentous occasion". I couldn't find them, either. I'm kind of rushing here, because...well, places to go and people to see. I don't want this to take all day. So, I'll have to rely on my razor sharp powers of description with the written word to tell you all about these peppers, the momentous occasion, and digress a bit to say that the photo above is all about the wonderful feeling and sensuality the garden imparts.

Those bamboo chimes in the photo above have a distinctive sound. Can you remember ever hearing some? I love that sound, which is shared by some chimes at Michael's house in Berkeley. Yes, I have a recording of them from my last visit to the Bay Area...but, you'll have to forgive me because I'm in a rush.

How about that "Harvester" wrought iron Blake has up thar? Visually, it's a durable reminder that we come from an agrarian background. Yep, we were mostly farmers once. OK, I'll dig up a favorite photo...hang on... That's what I'm talkin' about! It's the Dudley Farm Historic State Park, just down the road from here. Yes, it's a perfectly preserved farm in Gainesville that reminds us of how most people lived not so long ago. I took that photo with my little Audiovox SMT5600 cellphone, by the way. So, here are a few of Blake's other fabulous peppers. Let me explain what I meant by "momentous occasion". A while back, Michelle Obama came to Gainesville to give a speech at a real, live rally at the Hippodrome Theater. Well, that was so cool. I saw a few McRorie-ites there, a few Zoobirds! Ron Chandler was there...That's him in the photo above. Well, after the rally, I rode my bike to the garden, just a few blocks away. I was standing there, right about where I took the photo of greens you see above, taking to Blake. Along comes some big black Escalades, and the window rolls down on one and guess who it was, smiling so big you couldn't miss it? Michelle Obama!


Find more videos like this on Zoobird
Speaking of Ron Chandler, here's a little video above of him describing "McRorie Community Garden Stew". You may have to turn up the volume a little to hear him, since I used that same cellphone to record the video!

I wish I recorded Ron describing his McRorie Mango Jalapeño Salsa. That's got a little ring to it, doesn't it? Does that just make you want to sing and dance? Good! You just get some mango and some...yes, jalapeños! Put them and maybe some cilantro (Ron, help me here) in a blender. Grind up to the desired chunky or smoothness. Plenty good.

Just a bit of pepper culture now, I will share with you. There's New Mexico Green Chili culture. There's Terlingua Pride, the chili festival in Texas that would be nothing without jalapeños. Now, if you really want to see what can be done with peppers, and live to tell what they taste like, persuade yourself and any lucky friend you have to travel out to the little town at the base of this majestic mountain, Mt Crested Butte in Colorado. And, yes that's the sun glowing all over the snow capped mountain at sunset, looking like halloween candy. Thank you, mister cellphone camera, because I was lucky enough to be there that crisp, cool evening in the thin, mountain air when the sun did that to Mt Crested Butte. I smelled spruce trees. My breath froze as I just stood there, awestruck. The beauty of that sunset rivals any I've ever seen. And, just check out my sunset collection. I've seen a few nice ones!

That's Spencer Hestwood, chief chef and owner of Crested Butte's Ginger Cafe, in the photo above.

Spencer and his staff do amazing things with the humble pepper, and he uses locally grown produce. Click on any of the photos or here to read a little about the Ginger Cafe.

There are chipotles, which are dried, mesquite smoked jalapeños that have a distinctive taste you never forget. There's Louisiana Pepper Sauce and a host of other pepper sauces, like the old "Slap My Ass and Call Me Sally" sauces. One of my favorite Mexican dishes is chile relleno, which even feels good just saying! 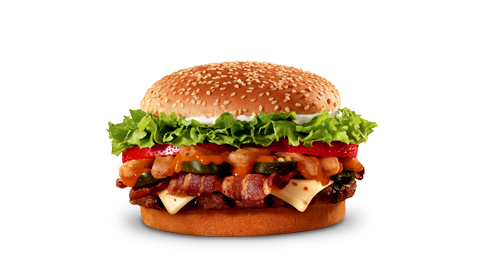 Allright, I could go on and on...but like I said, people to see, places to go. Did I mention that the latest Burger King creation is called an Angry Whopper? Why? Because it has jalapeños! 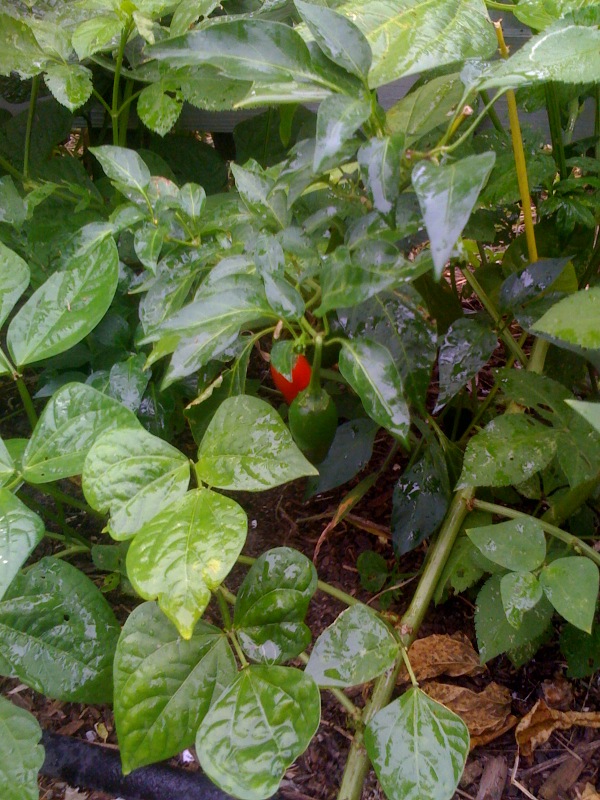 I'll leave you with this shot of my jalapeños. It's a good thing. Makes me happy. I hope you consider planting some. They survive pretty much anything. And, they have more flavor than most anything you'll grow in your garden. Happy gardening!