http://www.eatweeds.co.uk - Sandor Katz was good friends with Frank Cook, with both running regular classes on wild food and wild fermentation. In… 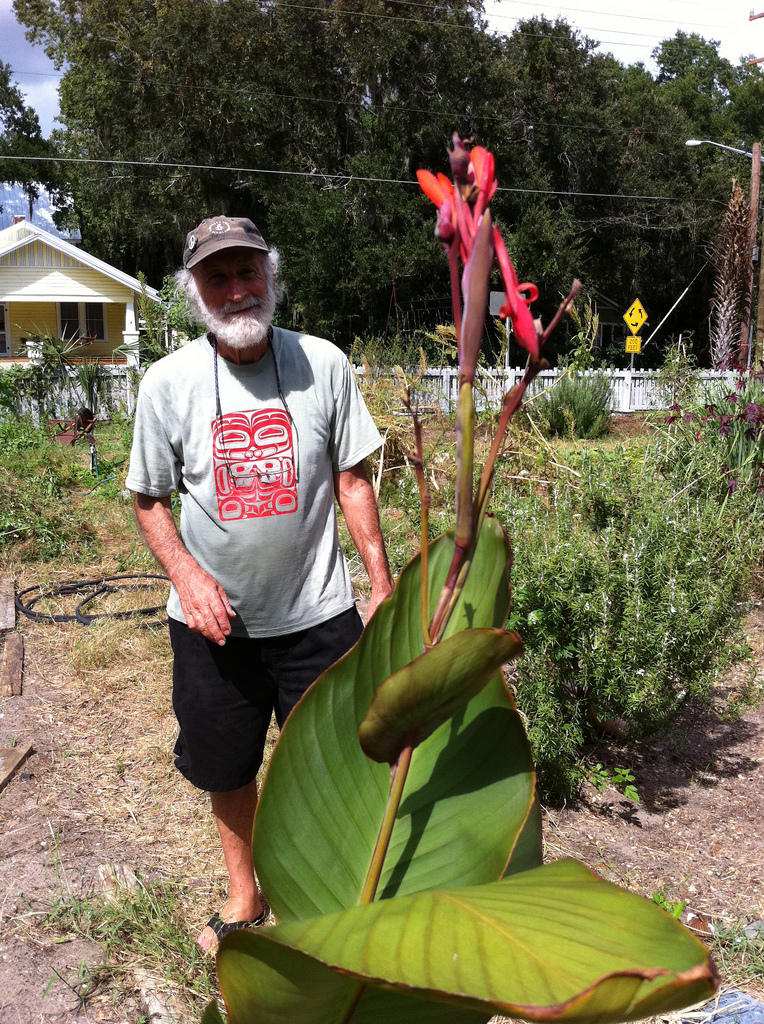 This story: I probably worked on more than any other. I wrote it orignally ten years ago. I'm not great with grammer and really need a editor, but for now, this is what I do.   …

Strength and the Great Blue Heron You never know how strong you are until being strong is the only choice you have ~~ Unknown (via Samantha Prema Moksha ::: http://scrapsofthesoul.blogspot.com)

I took this photo at Lake Island Park in Orlando,…

Translate Zoobird to Other Languages 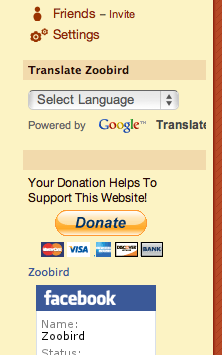 There's a new tool on Zoobird that lets you translate the entire site to different languages. Give it a try! You will see it on the righthand column. Hope this helps all you non-English as a first language people. All the best, Michael

Mycol Stevens ::: Ethnobotany in the mountains of NC - Part 2

Mycol Stevens walks the trails at Pisgah Forest, outside Asheville, NC. Mycol is a degreed engineer specializing in habitat restoration with Florida Wildlife Commission. He's got a WWOOFer farm, teaches mycology and earth skills. More info about Finca Mycol, his off the grid haven in North Florida is at…

Sivaratri - The Darkest New Moon of the Year ~ via Lopa Brunjes

Just having a little fun with the birds in Florida. Notice the Great Blue Heron in the background!

Frank Cook discusses a concept he calls flow, which is the interrelatedness of all things in the world. Frank's work has influenced many of the people here on Zoobird, particularly Mycol Stevens, Marc Williams and the folks at the Hostel in the Forest. You'll hear people at many of the botany related festivals and gatherings mention Frank Cook…

In Rajasthan, India, an extraordinary school teaches rural women and men -- many of them illiterate -- to become solar engineers, artisans, dentists and doctors in their own villages. It's called the Barefoot College, and its founder, Bunker Roy, explains how it works. I just wanted to thank you all for the wonderful content you've contributed to Zoobird! Please keep it up and invite some friends.

Who Will Be Zoobird's 500th Member?

Who will be Zoobird's 500th member?

Zoobird Visitors from Around the World!

IIt's exciting to see Zoobird visitors from around the world. Please - update your profile. Add a profile photo and update your interests. Please invite a friend to join Zoobird. And, most of all, please write something in your Zoobird blog. Add a discussion to one of the groups. Upload some photos, link to your favorite organic related video, give us some content.…

Gorgeous Signs Of Spring in Florida Can you imagine a more beautiful sight? I conclude that art imitates life. Smile.

Some of the best graffiti ever.

An Argument for Organics No apologies. Zoobird is all about culture, not politics. But we have to mention this.

"A French court on Monday declared U.S. biotech giant Monsanto guilty of chemical poisoning of a French farmer, a judgment that could lend weight to other health claims against pesticides.

In the first such case heard in court in France, grain grower Paul…

Playing for Change - The Change is Here

Playing for Change is an organization I love because they work for good through music. I want to share with you their latest video release. You'll find others in Zoobird's videos section.

This is the message…

I was walking in the garden the other day and I found a little booklet in the grass. It's called "Steps Toward Inner Peace", by Peace Pilgrim. I found several aspects of the booklet interesting. For one thing, it's written by a contemporary woman who says making money was easy for her. She chose to give up a conventional material pursuit in favor of a life spent trying to be happy and…

Mural Bus Tour - The Church of Holy Colors - A Project/Fundraiser 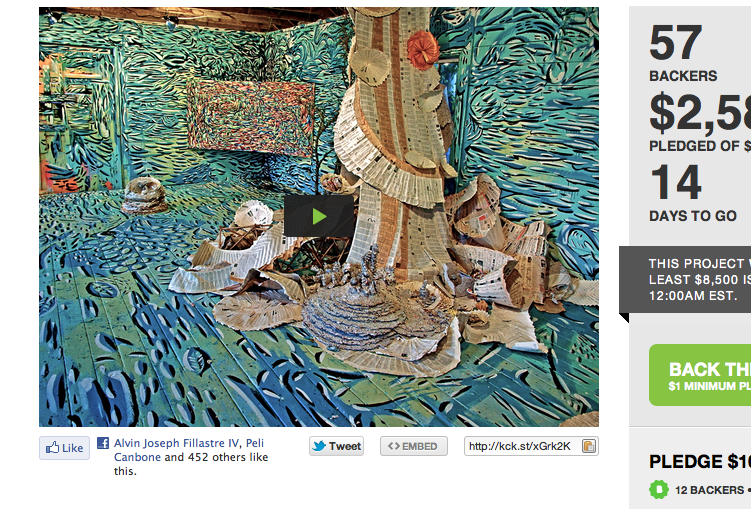 Here's a message from Joey and the Church of Holy Colors:

"Hey Michael. We are trying to raise money to get our art across the country via veggie oil bus this summer. Check out the video on this …

I'll Fly Away...an article about the music and spirit of Lauris Vidal 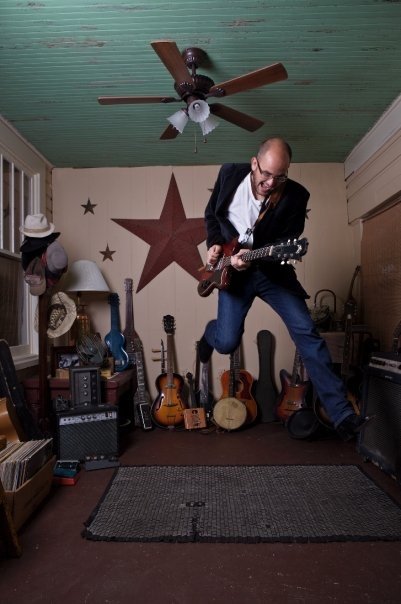 I just wrote an article for Elephant Journal about my new friend and musician Lauris Vidal. Click here to read it and please let me know what you think - either here or on the Ele article as a comment. That would make my day!…