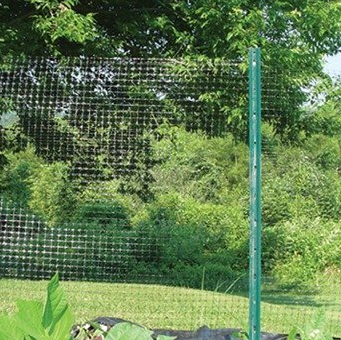 For those of us living in the country (or the woods in our case), keeping the wildlife from consuming your produce before you do, becomes something of a constant vigil. So, you might think wildlife netting sounds like a harmless solution. Think again!

My wife bought some to protect a tiny mulberry tree she had planted. Something was nibbling the new growth off. When she saw the wildlife netting it looked like the perfect thing. Two days later, she came out to find a black snake totally ensnared in the stuff. As far as he was concerned, the netting was a clever snake snare, and Roz looked hungry, so he wasn't very cooperative as she tried to untangle him. The mesh was cutting into him in places and there was some blood. After quite an ordeal involving a knife and some tiny scissors, Roz was able to cut him loose and send him on his way. 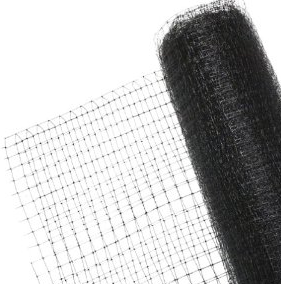 In a different application, the mesh could easily snare birds as well. In my opinion, it is a badly designed product and should not be used. Hardware cloth is more expensive and harder to work with, but it will last a long time and can be reused. It has a proven track record.

All of this is just my opinion, based on one experience. If any of you have had a more positive experience with the product, I'd be interested to hear the other side.

(Thanks to Tim Kinney for this article)