The Cold Within by James Patrick Kinney

My father quit school in the 10th grade to support his mother, but he spent the rest of his life reading widely, and attempting self-education.  At some point, he fell in love with poetry, and wrote some himself.  He had studied older poets, and wrote in a somewhat archaic style, which was quite out of fashion.  Still, one of his poems has achieved immortality.  Fifty years after it was written, and many years after my father's death, The Cold Within is widely quoted on the internet, there's a youtube video,  it's a perennial favorite among ministers of many denominations, and once appeared in Dear Abby.

In bleak and bitter cold.

Each one possessed a stick of wood

Or so the story's told.

Their dying fire in need of logs

The first man held his back

For of the faces 'round the fire

He noticed one was black.

The next man looking cross the way

Saw one not of his church

And couldn't bring himself to give

The fire his stick of birch.

The third one sat in tattered clothes.

He gave his coat a hitch.

To warm the idle rich?

The rich man just sat back and thought

Of the wealth he had in store

And how to keep what he had earned

From the lazy, shiftess poor.

As the fire passed from sight.

For all he saw in his stick of wood

Was a chance to spite the white.

The last man of this forlorn group

Did naught except for gain.

Giving only to those who gave

Was how he played the game.

Was proof of human sin.

They didn't die from the cold without,

They died from the cold within.

Thanks Tim, I'll check it out!

Thanks Maria!  There is always something I have yet to discover on zoobird. I check it out regularly. If you go to my page, there are pictures of some of my bikes.  One of my favorite links here is to the page of Jose' the Tempeh Man's blog. He has a virtual tour of his survival retreat in the Yucatan. You will LOVE it!

Tim did you tell me about this website?  I really like it.  I'm finally getting around to making a page.  Do you use it much?  I like your blog post!  Only thing is, it might describe our fate as humans if we can't figure out how to cooperate better.  Thank you.

Seeing what is beneath the surface is the beauty of life.  Thanx for sharing. Lois

Comment by Sh'mal Ellenberg on June 24, 2011 at 4:42pm
Tim, you father had great insight to our human condition. More of us are on the gain with that in our day. Sh'mal

Comment by Tim Kinney on June 24, 2011 at 1:17pm
Thanks for the kind words.  I thought I was posting this to a blog on the Poetry Group, but I missed.

Comment by Anjuli Vivian Atwal on June 24, 2011 at 11:04am
Absolutely amazing. It's haunting how truthful that poem is, how selfish some can be just because they have the inability to accept difference. What makes people different anyway? Everyone has different opinions or beliefs or styles, you choose to accept someone because you find common ground and sadly there are some people who won't even look for what lies beneath the surface because of what they can see. Thank you very much for sharing that insightful poem and portion of your father's life.

Tim, Thanks for sharing. I was raised that way - look at diversity with curiosity, not scorn. I wish more people felt that way. Paz, Michael 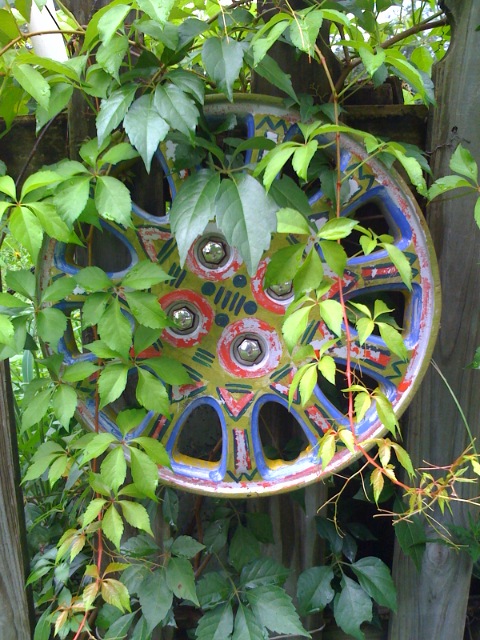