Vermont and other States of Mind

fumbling, tumbling lenten-lentil cheering
all the teams from here to here.

stumbling down the garbonzo chain gang
garbage road of grace.

hanging by the neck until alive!


*In an age where irrationality, materialism, and militarism have taken over – is it not time for a Nouveau DaDa movement? Let’s all Dadadadadada up and down the streets – in our golden slippers.
POSTED BY ARUPA'S BLOG AT 12:14 PM   0 COMMENTS

The Least of These

you got the shakes
picking up butts
on 13th Street,
some of them are long,
God is good.

Tennessee splits a
6-pack with you along
the banks of
Sweetwater Branch,
it’s all good.

Except Keesha’s on a rampage
wants your butt hanging from
a rusty tent pole
you head up stream,
fill a water bottle at the bus depot
for JC so he can boil his
colostomy bag,
out here
where You live.

Jane 6:13
stringbean hub
of the wheeled universe
comfort me..
long and green and cool
straight out of the can
or hanging on a dusty vine
in somebody’s grandmother’s garden.
POSTED BY ARUPA'S BLOG AT 1:43 PM   0 COMMENTS

This week our nation honored the 100th anniversary of the Triangle Shirtwaist Factory fire. I remembered an elderly woman I met at a bus stop some thirty years ago. We began to exchange pleasantries. She then introduced herself, first telling me her name and then telling me that she was a survivor of the Triangle fire. She told me the story. She cut her thumb on a piece of machinery and was sent downstairs to get bandaged. While she was gone the fire broke out. This woman had children and grandchildren. She was retired from owning her own dress shop. She had traveled the world with her husband. Still, 65 years later, she defined herself as a survivor of that fire.

I began to think about why certain events become how we define ourselves. In my case, I define myself as a person who survived growing up in a violent family. All that I have done - all the therapies I experienced , all the spiritual journeys I have gone on, the works of art and writing I have created, and even my current occupation as a provider of homeless services are and have been a response to my childhood and part of my healing journey.

In my case you will never hear me say, "It was worth it." I would cheerfully refund everything I have gained as an artist and a human being to have spared my family the horrors we experienced. It was not worth it. Still, it is so important to honor and to make use of painful legacies. Otherwise, all that pain becomes useless and meaningless. It is wasted.

So, my friends, do not waste your pain regarding yourself as unfortunate or seeking solace at the bottom of a bottle. And when you do, turn the experience into a play, a song, a poem, or a foundation for helping other troubled souls.
POSTED BY ARUPA'S BLOG AT 11:29 AM   0 COMMENTS

Summer 1962, at the music theater in Nyack, I shared a six-bedroom house with many other theater employees. One of them was George Finkel, the cello professor at Bennington College. One Wednesday night the household decided to go across the river into New York City for a night of drinking. I was not invited because I was deemed to be too young for this event. George had to stay home also because his wife said he had already had too much to drink.

After the revelers left George went upstairs. I turned off the lights and sat in a corner of the livingroom, staring out an open window at the full moon and smelling the scent of honeysuckles. Then I heard George coming down the stairs. He was carrying his cello and a glass of whiskey. He didn't see me. He sat down in a straight backed chair in front of the fire place, set the glass down on the floor and positioned his cello.

There, in the darkness and the moonlight, he sat and played by heart all the Bach cello concertos - with such feeling and such virtuosity - I left time and was in Eternity. I can still be there.

A few years later I was sharing an apartment with a tiny blonde student named Charlene. She grew up in a town with a name like 'Fred, Oklahoma,' where her father was the pastor of an extreme right fundamentalist church. She spent her childhood dressed like a character from "Little House on the Prairie," living in a house that had no radio, no television and no secular literature. The main form of recreation was nightly prayers and Bible study. Charlene celebrated her liberation from this environment by entering a passionate love affair with a 6' 2" graduate student from Ethiopia.

One day Charlene was off with her lover and I was home recovering from a bout of the flu. I was wearing an old flannel nightgown with orange juice dribbles down the front and a long tear under one sleeve. There was a knock on the door. I walked out of my room and discovered that my dog Moses had gotten into the trash, carried it into the living room and sorted it at his leisure, doing such a thorough job that the entire living floor was covered with an even layer of eggshells, coffee grounds, banana peels, unmentionable items recovered from a wastebasket in the bathroom....

I still answered the door, assuming it was just one of the other
student degenerates who lived down the hall. I opened the door and there stood Charlene's parents. Something clicked inside my head and I passed into a whole new, expanded state of consciousness. I became the Zen Observer standing on the bridge watching the scene unfold.

"Come in," I said. "Charlene isn't here but you are welcome to wait for her. Would you like a cup of coffee?" I spoke while leading them across the carpet of garbage, to the couch, as grandly as Queen Victoria leading guests into her private sitting room at Buckingham Palace. They collapsed onto the sofa, their eyeballs fixed at the ceiling. Sweat was breaking out on her father's forehead and her mother was breathing in little asthmatic puffs. After about two minutes they jumped up babbling about remembering another place they had to be - out of town - far out of town - and scrambled for the door, with me waving graciously and saying, "Charlene will be so sorry she missed you. Have a good trip!"

Summer 1962 I got a job playing my viola in the pit of a summer stock theater in Nyack, New York. I wasn't much of a musician, but violists were hard to come by, and I also agreed to babysit for the directors 4 kids every other weekend. On the last day of the theater season I woke up with bronchial pneumonia - lungs rattling, 104 degree temperature - the full drama. I ended up in an oxygen tank in a Catholic hospital in Suffern, New York. After a few hasty visits from other theater employees, exspressing their extreme grief at leaving me in this unfortunate situation, I was alone. No books, no cards, no visitors.

At one point a priest walked into the room and stared down at me. I couldn't talk but my mind began babbling: "Father, I am heartily sorry for I have sinned. I have taken the name of the Lord in vain on several occasions, I lied to get served alcohol at a bar, and then I let Fred Lindsey feel my..." Oh, he's leaving. I'm not dying! Yahoo!

After I got out of the oxygen tank, I noticed an old cleaning woman who came in my room every day, pushed the broom around, emptied the wastebaskets, made a few passes with a dustcloth and left. She was a classic - fat with wisps of gray hair pinned into a bun at the nape of her neck, wearing a shapeless cotton housedress that was permanently hiked up just a little in the back, to accommodate her world-class caboose, ankle socks and old tennis shoes cut open at the sides to accommodate bunions. Of course I, age 17, saw her as a visitor from another planet.

I still couldn't talk above a whisper, but my eyes followed her around the room. She came over to my bed, stared down at me, and started talking. "You're young. There's still hope for you. Spend your life being alive. Most people spend their whole lives eating, drinking, sleeping, going to work, and watching TV. If you have a chance to go on an adventure - go! To hell with the consequences. I'm just an old fat woman but last year I visited my cousin in Florida and rode a surf board. the year before I jumped out of an airplane with a parachute. Be alive!"

Sometimes angels come in the form of old fat ladies with bad feet. She changed my life forever. 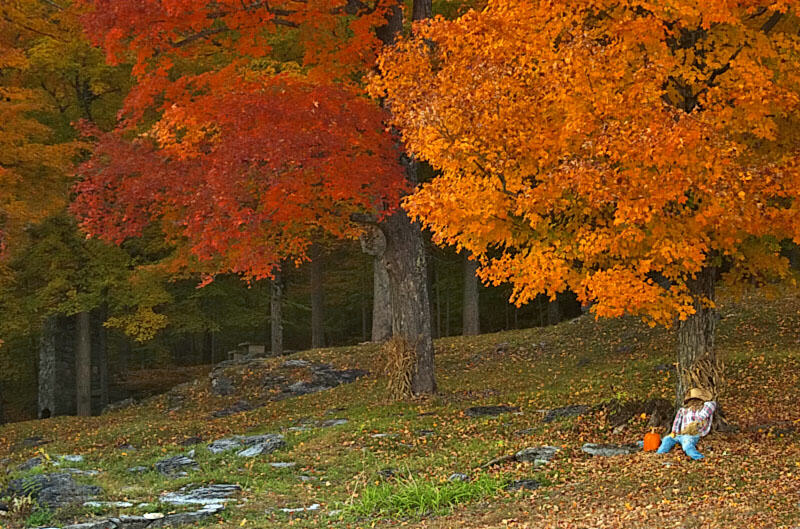 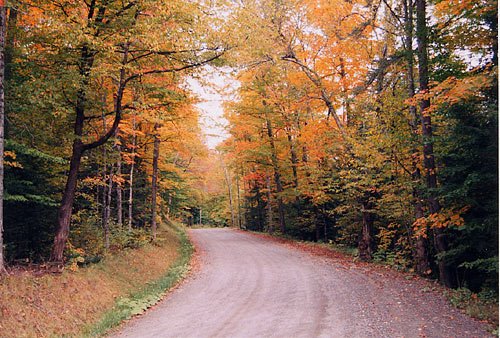 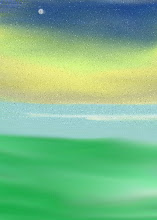 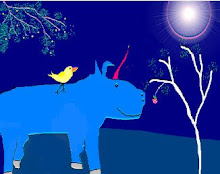 ARUPA'S BLOG
I'm a 13th-generation Vermonter who grew up in North Bennington. Now I live in Florida, where I coordinate an outreach mission, part of Citizens for Social Justice, which delivers food, clothing, friendship, and other necessities of life to homeless people in Gainesville. I write an email newsletter, with stories about our homeles friends.  To read highlights from the Home Van Journal, visit my other blog, http://homevan.blogspot.com/