Perhaps the spring is coming after all

nice Wednesday afternoon was turning into the evening and I had decied that I will take my Single Speed Atala to the streets of Helsinki for the first time 2009. I was in our buildings bike cellar filling the tires, when a neighbour, apparently moving out from the building, rushed in to the cellar. He greeted me, took a quick look around, sighted and mumbled: "... oh that one, dammit, I cannot fit it into my cargo any more, I guess it has to go the garbage then".
I looked at the bike he was pointing at - a grey Crescent (again, you might say!?) hanging from a hook.
I told him "mmm. may I suggest that instead of scrapping it, I could take good care of her, I think I could make it a ride for my little brother, he has been without a bike for a while now." Man looked at me, said "allrite, here are the keys, thanks and have fun, it hs not been ridden for 30 years." -- and left the cellar.

I took it down, checked it over. Not bad. Two spokes missing in front, tires flat, little wheel truing to be done. Not a bad deal at all. 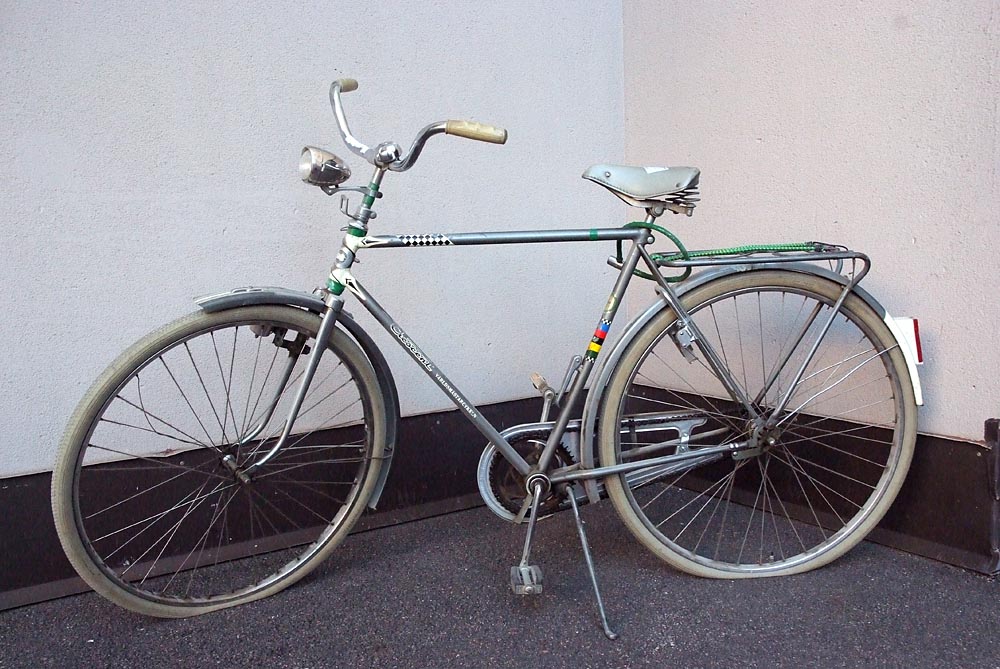 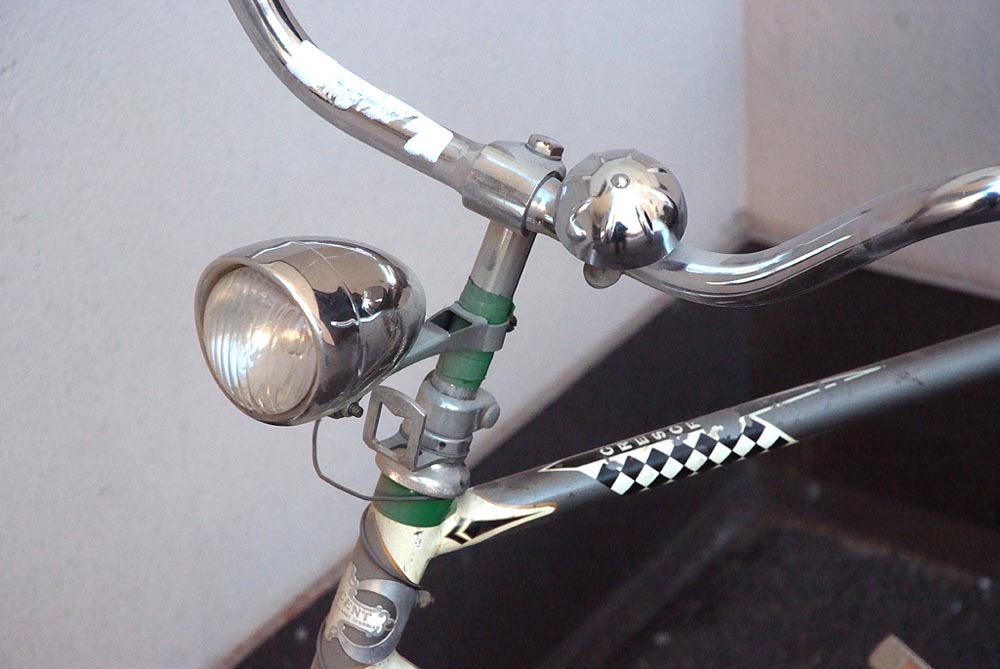 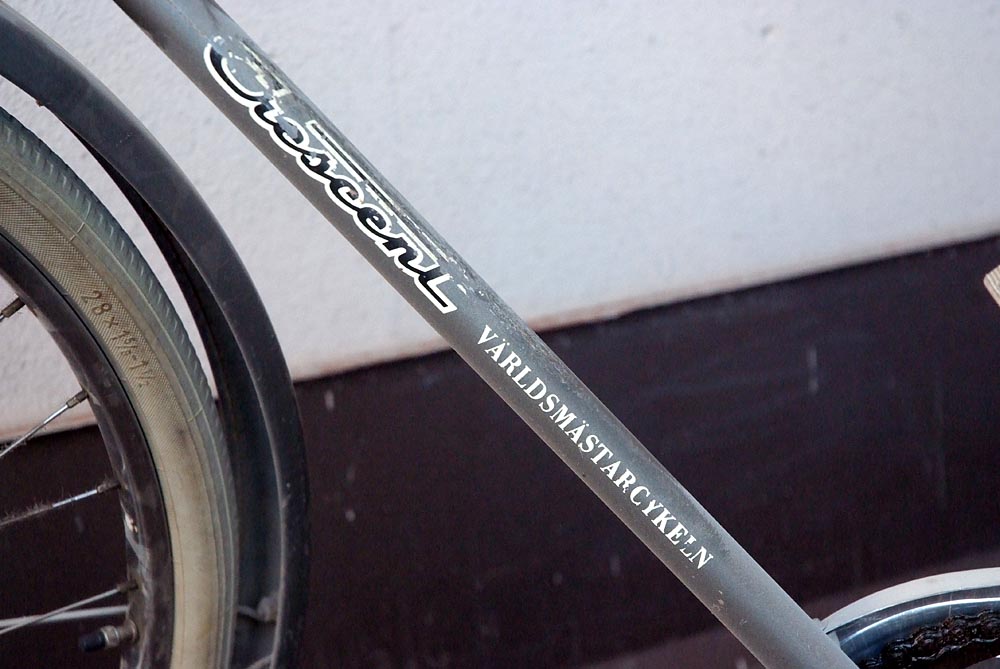 Actually I rode it to work this morning. Rides well, little tweaking needed at the brakes, but otherwise, veeeery nice indeed! Not a sportster though ;)