Get this widget!…
Continue 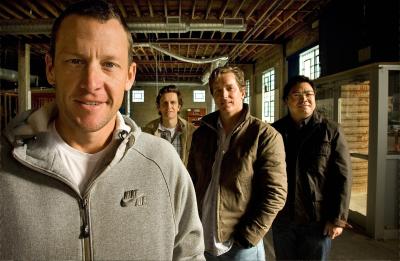 Austin is growing up, but staying cool. The media here talks about "5 Great Reasons to Start A Business In Austin". It's a smart place.
We rode the bus on a Saturday night down the Drag to get dinner. A day pass for the bus here costs $1. Taking a bus in Texas was not very common until now. You could do it, but it had… Continue

The UC Davis School of Entrepreneurship is planning a 5-day workshop on green technology:
The Green Technology Entrepreneurship Academy invites science and engineering doctoral students, post-docs, and research faculty to spend a week learning to recognize, develop, and bring to market green businesses built on their…

Hope, Optimism and Everything Else...

As iron put into the fire loseth its rust and becometh clearly red-hot, so one who wholly turneth unto God puts off all slothfulness, and is transformed.
– Thomas a Kempis

"We are made in the image of God. The image is there, but we need to put in the work to reveal it. Whenever I hear someone say, “This is just the way I am;…

I was reading the Indigo website and decided to follow the link to the GRU Rebate Program. What a pleasant surprise! GRU *and* the federal gov't are rewarding people for making their homes more energy…

Insist on the Best

It is a funny thing about life; if you refuse to accept anything but the best you very often get it.
– W. Somerset Maugham

We must be careful not to mistake agitation for fulfillment, excitement for joy. When our mind is not turbulent for a little while, we tend to think we’re in a slump and start groping about for something that can stir it up again: a thrilling movie, a stiff drink, a spirited quarrel, anything to “get the juices flowing.” Taken one by one these may seem…

Starting your own Vegetable Garden

High Springs (Florida) has a Community Garden coordinated by Lys Burden. Lys recently contributed these tips in the Local section of the 6/13 Gainesville Sun

A Little a Day, Every Day

In order to climb the Himalayas within us, we have to train ourselves, little by little, day by day. Sir Edmund Hillary, who climbed Mount Everest for the first time, did not just stand at the bottom, take one leap, and land on top. He practiced climbing…

Where to Put all of these Jars???

So, in an effort to capture the local harvest, the free food from my Dad's garden, the blueberry season and as a hedge against inflation, I have begun canning (again). I canned years ago with my mother, when my kids were little. Home canned tomatoes are to die for -- they make the best soup, sauce, and pasta you will ever have. But, except for a few green tomatoes, I have not found many to can. Here is my list of what I have put away so far this past month:

Having grown and eaten vegetables from our community garden for the past few years, that part of our earth has become part of me. It dawned on me one day a few years ago, that all the attention and love I put into the garden comes back into me. Not just me but everyone who tends to the crops we grow. I lean a bit towards the mystical so I enjoyed the realization of the earth there becoming me, me becoimng the earth as I tended to the crops. It is all pretty amazing that life happens this way:… Continue

Learning From the Collapse of Earlier Societies

How Much Food Can I Grow Around My House?

An Experiment in Back Yard Sustainability

OK, you got me. I have never heard of a "dalek", but Paul "www.privatehell.com" Matthews says I should have, if I watch Dr Who...and if I don't, he says "Why not?"

At any rate, Paul lives in London and reports that he just ordered his very own…