We have a magic community here at Zoobird! Here are some of the things our members have written about:

Robbie, my vegan friend I met at the NW Hostel in Portland with his friend Gabby, who I hope joins Zoobird, has taught me so much about healthy food. Gabby has, too!

Robby added some music you'll love. One I particularly like is by Nightwish, called "Last of the Wilds", a rock tune with Celtic influences. Robbie's been vegan for a while and promises to fill us in on what he's learned. He's also a guitarist. I hope he'll post some recordings of him playing guitar.

Bob talked about Permaculture, Technocracy and added several links to YouTube videos that are dangerously organic. He also added some beautiful photos. The video called "Community Gardens Grow Community" on his Zoobird homepage is very interesting.

My friend and gardening mentor Sh'mal keeps us posted with his blog posts from Seattle. His keeps us smiling!

I met Behrang through my software blog, Swampcast, when he lived in Tehran. I blogged a joke and Behrang said he'd heard the same one where he lived, only with different pieces. Behrang's discussion about classical music in the Music Zoo got more responses than any other so far! Behrang writes to us from Australia.

Agnes, who I met at the Hawthorne Hostel in Portland, is from Paris and is finishing her second Master's degree in Lubbock, Texas. She's added some delightful photos.

Arupa and Bob Freeman are the wonderful people who run the Gainesville Home Van. They go out to the tent camps and areas where the homeless are in their Home Van with food and care packages for the needy. They also bring with them a very special gift: understanding, compassion and good conversation. You can read the Home Van newsletter in the Caring Zoobird Group.

Mike produces Better Bad News, an avante garde political satire video blog. Macarthur Award winning theatricist George Coates writes Better Bad News. BBN reminds me of Firesign Theater. You really ought to check it out. Better Bad News is something everyone ought to watch alongside Fox and CNN!

Mike and I planted the beautiful vegetables in his Berkeley home organic garden. You can see them in the Home Organic Garden group. It's amazing how they grew so much in just a short time.

Lois is my mom! She added a poem to Cat People about her beloved Heidi. 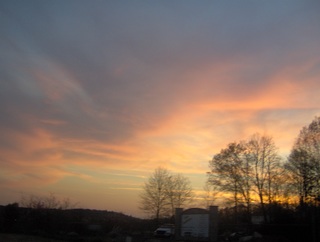 Zoobird member Sandra Biddix is a hippie from Asheville, North Carolina. She noted that "My family is active in helping the feral colony in our community.We also care for 9 tame cats who have taken up residence here!"

Aaron Armstrong hails from Seattle, WA and writes "I am dedicated to sustainable living and would love to meet like-minded people to talk about options, actions, and possibilities. I drink tea, a sustainable and healthful beverage that nourishes the body and opens doors to understanding, and my goal is to introduce real, holistically produced, tea to as many people as I can. If you are interested, let me know. I try to cycle or walk most places, but my love of the outdoors drives me to expend fuel getting out there, Catch 22... Guilty pleasures include wine and travel. Avid reader." Aaron inspired the creation of our new Group Tea Culture. We're looking forward to reading more of your writing, Aaron!

Frost lives in beautiful Wicklow, Ireland. He has an organic farm and a website (among many) called Dulra. Frost's written about compost toilets. 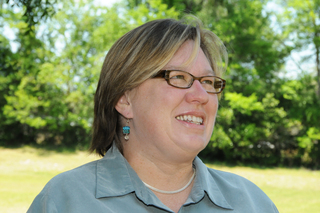 Mualpha's discussion about St. Augustine Grass is the item most searched for via Google in Zoobird! She also writes about her search for bunching onions. 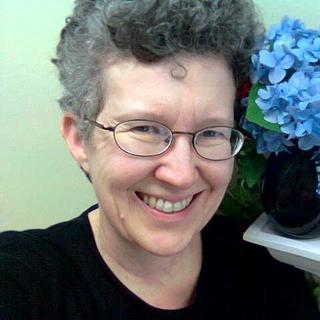 Carla Van Arnum has a wonderful clinic in Haile Village called Haile Village Bodywork. Carla shared her favorite classical piece, "Arvo Part" (umlaut over the a) Cantus in Memoriam Benjamin Britten", in the discussion started by Behrang in Music Zoo. You can see other contributions from Carla in the "Latest Activity" section of her Zoobird page. She writes about gardening and cooking, too.

Zoobird member Liberty Phoenix's workshops such as the upcoming one on Vermicomposting are wonderful and free, for the most part. Her store in Gainesville, Indigo, shows her dedication to sustainable living and provides jobs for locals. Thanks, Liberty, for all you do. Heather Mueller writes to us from Boulder, Colorado. She's the editor of the Elephant Journal, a magazine all about mindful living. Thanks to Heather, I now write for Elephant! I'm pretty excited about that.

Ron Chandler specializes in water studies. He led a Zoobird class at McRorie Community Garden on using soaker hoses. Thanks to Ron and his generosity, we not only know much more about how conventional sprinklers waste water, but he gave many of us soaker hoses for our patches. You can see some of Ron's work at the Water Atlas. Ron, we hope you'll teach us more about water conservation. Ron also added some recipes I want to try. He is featured in Zoobird mini-documentaries. Thanks to Ron, I now know what tempeh is! Check out Ron describing what tempeh is here. That's another notch in my belt. I've lost 10 pounds since I began eating organic food. Also, because of Ron's humble nature, we learned about Gainesville tempeh artisan, Jose. If you listen to Ron in the mini-documentary, he mentions Jose', the guy he gets tempeh from. I googled "Jose tempeh gainesville" and found Jose's website, The Tempeh Shop. Through it, I learned about not only tempeh, but also many great restaurants to try that serve organic food.

Ron's profile picture (above) is of little kids in Africa planting plants that keep elephants away, if I remember what he told me correctly! Help me on this one, Ron.

Paul Matthews lives in London when he's not traveling the world. He won the first Zoobird contest. You can read about it here. If we're lucky, he'll write about his travels in Travelin' Zoo.

I could go on and on...and I will! Thanks to all you Zoobirds that write these informative and entertaining articles.

Comment by Ron Chandler on October 12, 2008 at 8:54pm
Hello Mike:
Thanks for mentioning our elephant organization: Consservation Initiative for the Asian Elephant. I began the organization in 2000 with my friend Amirthrarj Williams, who works full-time for WWF as their Asian elephant, rhino and tiger expert. We work to save elephants, rhinos and tigers through SE Asia by implmenting sustainability plans especially those that create alternative local economies; mirco-banks; women-owned businesses, and reintroduce indigenous farming practices and crops
The children in the image are in Assam, India. They are planting types of plants that have good local and regional market value, and are also elephant repellent. They can surround the elephant's favorite crops with repellent ones; avoid the costs and dangers of elephant rades; reduce the size of their farms (less work, less expense); make as much or more money; not be as vulnerable to globalization and transnational farming interests, and have an economy that supports the elephant and their families.
Wishing you the best,
Ron