THE MAIN HOUSE
It had insulation.
Collectivized use of limited resources.
A big wood stove we all huddled around,
Passing joints.
Hour after hour in the cave room,
Off from the kitchen,
About 12 foot square, dark,
Two small windows,
Our large added on main room,
Still being built that first winter.
“Hey,” someone with sense, speaks over the stoned
Chatter, laughter, music, singing,
“We need to make a wood run.”
I joke, “can’t we get a delivery?”
“Yeah, Coach, you and Janga sit here and wait till you freeze.”
Ten of us pile into the back of the big pick up,
Wait, whose gonna drive?
Some one gets out,
Gets in front.
Same truck we use for manure runs.
Chain saws sharpened,
Lubricating oil,
Axes,
Old fashioned two people saws,
Files,
Rope,
What we needed and we’re off.
A couple of hours of hard work,
Keeping warm moving around,
To keep warm later,
Cook food.
Back to the Dubie Plantation,
Knowing some one would put a meal together.
One team got the wood,
Another does the meal.
Seemed right.
Unload the truck first.
There was no meal ready,
We needed wood for the meal. Dah.
Using a line of people we move the wood from truck,
Hand to hand stacking into the shed.
Save some out for personal stoves;
Most for the main house.
The communal space.
Almost like being downtown,
Being that’s where all the action was.
That 100 year old log cabin.
I laughed more then once,
Standing cooking at the cook stove,
Watching snow flakes come through,
The cracks in the walls.
I guess it wasn’t worth tightening up.
“It’s just snow,” some one said.
“The cold comes right through the one-inch walls anyway.”
Only the cave room was log.
We talked about it anyway,
More than once, twice,
We were smart, some even college educated.
Oh, yeah, we talked,
Passed a joint watching the snow sizzle on the stove,
As the beans and rice and chaptis and rutabaga cooked.
“Rutabaga again?” some one always complained about our main vegetable stored in the root cellar.
When the meal was considered close to being done,
Some one took the conch shell,
Went outside,
Blew it loud and clear,
To bring in the others from their living spaces, or from work projects.
We’d wait ─ gathered together,
Circle up, hold hands, shivering some,
Warmed by looking into eyes across the circle,
Our own eyes in another.
Warmed knowing,
We were experimenting with something,
New and exciting and dynamic.
Yes, Bobby reminds me still, we thought we would be there forever.
Life will just go on like this. Idyllic.
Long chanting, long om,
A few moments of quiet as we felt our
Collective center and oneness.
Smelling the sweet aroma of the waiting feast.
It was always feast no matter what
We were eating.
Janga brought back a large plastic dome,
Aluminum frame.
He must have put the whole thing together himself.
It became our meal place,
Carrying the meal in from the kitchen.
Long tables, sitting on the floor,
Small wood stove in there also.
We knew: Compared to the rest of the world;
To the Viet Nam village just bombed by our brothers,
It was a thankful feast.

Enjoyed the read, Coach Ellenboogie .... except for the misery of the cold winter, wished I had been there, back in simpler times - or wish it was possible to go back there.   Watched a video last night about building a simple little house on wheels for a simple abode.  Why do I need this big house?  For more space to collect more stuff?

Comment by Michael Levin on December 14, 2009 at 4:19pm
As always, now, these recollections take the reader back in lyrical prose to a time that inspired a whole couple of generations. I love the photos posted elsewhere of these halcyon days: 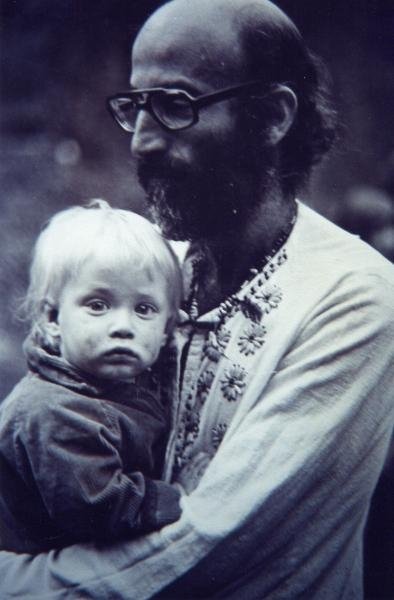 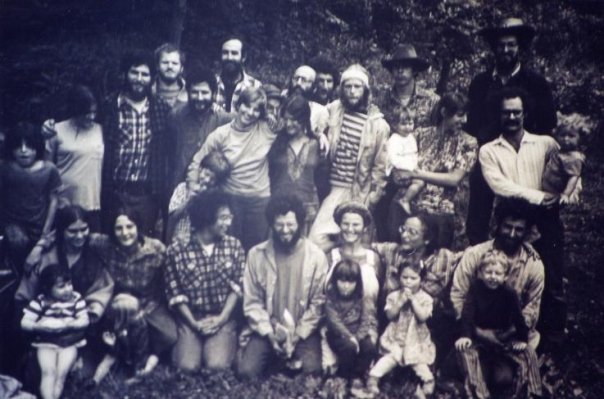