Why I wanted to become friends with Zoobird

I came here by accident,if there ever is really an accident. I had part of the poem The Cold Within and was looking for the complete poem.This web sight had that and just spoke to me, so being the curious type and loving my feathered friends -birds I looked around and decided that this was a great place to seak out and voila! here I am. Life is good even with the trials and tribulations that we face. And being here on mother Earth wherever is always a joy! Is life always easy for me? no ,… Rhiannon Hull and running are synonymous. If you like the idea of pushing yourself to the limits and reaching some, this story will take you there. Read the story first, then… 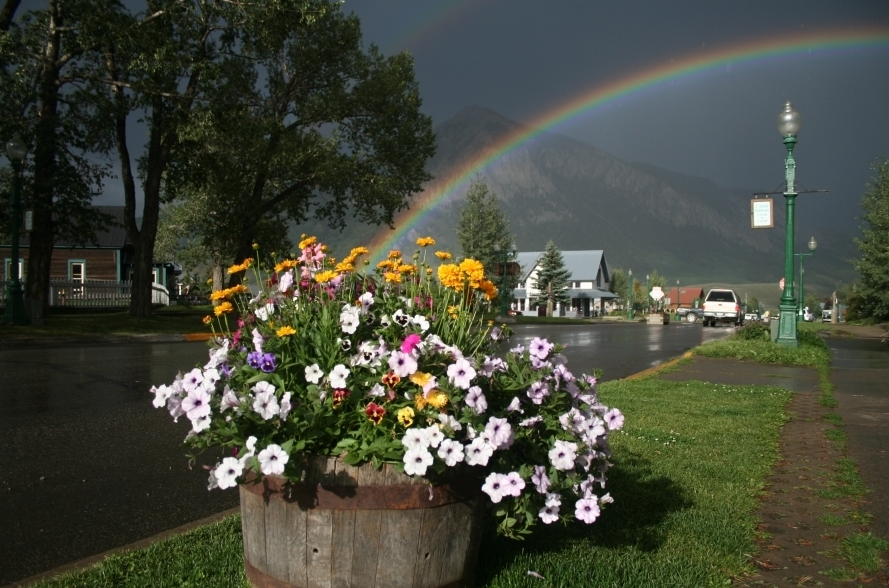 The
Camel
Is loaded to sing.
Look what good poetry can do:
Untie the knot in the burlap sack
And lift the golden
Falcon
Out.

Read more inspiring poetry at the… Today indeed was a great day at the garden. You're looking at the end of the story.

It all began early today with all the windows open at our little home. The birds were singing way before dawn. If you've never been to Florida, I suggest you choose March as the month to make your visit. The citrus trees and anything else that blooms…

A Cardinal Singing His Morning Song It's Springtime here in Florida. The birds let you know every day. It's a paradise for a birdwatcher. The mornings are especially beautiful these days. I took a sunrise walk and was lucky enough to be right next to a cardinal singing his morning song. Enjoy the… 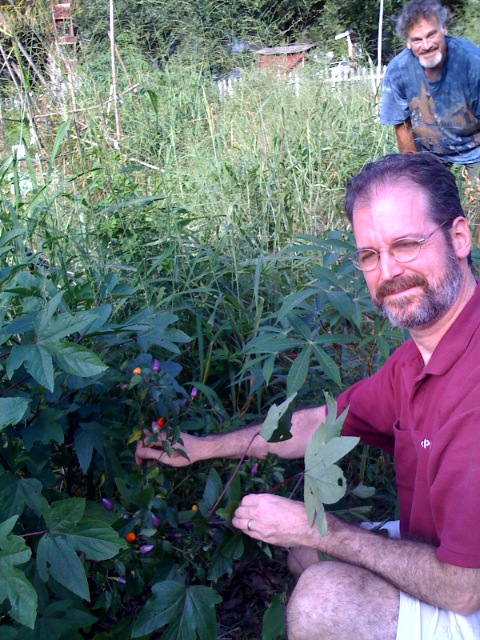 (Ron Chandler and Ted picking a peck of purple peppers at the McRorie Community Garden in Gainesville, FL)

Take some fresh lemons and make lemonade. Cut up some jalapeños and put them in a container of water. Let the jalapeños infuse into the water just like you do with a mojito. Add the jalapeño water to the lemonade and… 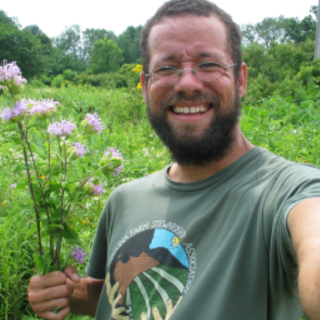 Can you see it? There's a tiny sprout in the upper right corner. Tiny, tiny, but it's coming up. These sprouts started out in the grocery store and then germinated about 4 days in my kitchen. … 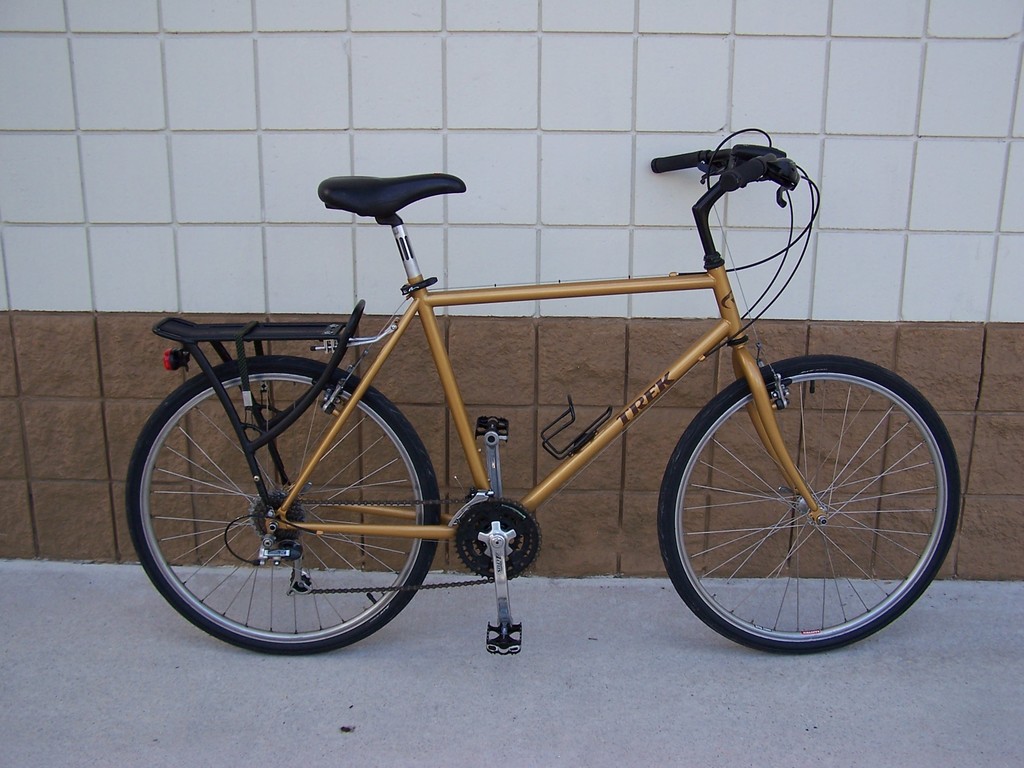 You can make a nice City bike or touring bike out of an old mountain bike from the era when they had a rigid fork (a cheap suspension fork is the spawn of Satan).

I recently repainted and rebuilt and old Trek MTB for my nephew. I painted it in… Tepache is a fermented Mexican drink made from pineapple and spices. I read through lots of recipes and derived this: It's dawn here in the swamp and the birds are waking up. Listen by clicking here and you'll hear the various suburban bird life here in Gainesville, Florida.…

My tomato seeds are sprouted!

I planned in advance a little and got some seeds for this season. It… Yes, it's that time of year in this brilliant place, Florida. You know what I mean. If you live anywhere that has citrus, you are fully aware of this phenomenon. It's called Spring.

I can remember excitedly telling people that March is the best month to visit Florida. People in California, for example. Funny. People in Chile. Even more… My bud Shmal and I have planted some kale we bought from Farmer John at the Gainesville Alachua County Farmer's Market at Bo Diddly Square. Shmal said to me "Hey, Mike - this seems like ornamental kale. I don't know whether it's edible." So, I walked over and took a look. Then, I took a bite. Sure enough, it was very rough and fibrous. I asked Farmer John and he said "It's…