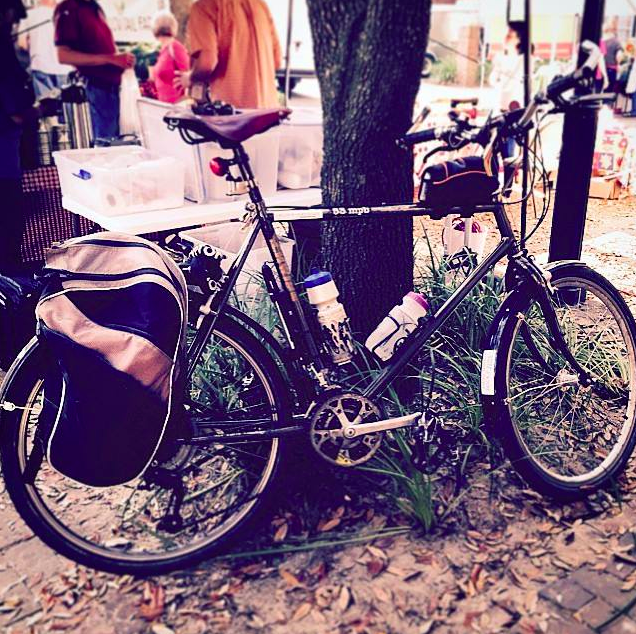 Bike of the Day {BotD} ::: Schwinn hybrid. Mr. Ed is 6'4". This large MTB has evolved into a mega comfy commuter. Dave (Bikes n More) re-riveted the Brooks saddle. The brakes are massive cantis. It's a rider! Mr Ed's blog is …

Orchids are so easy and beautiful! 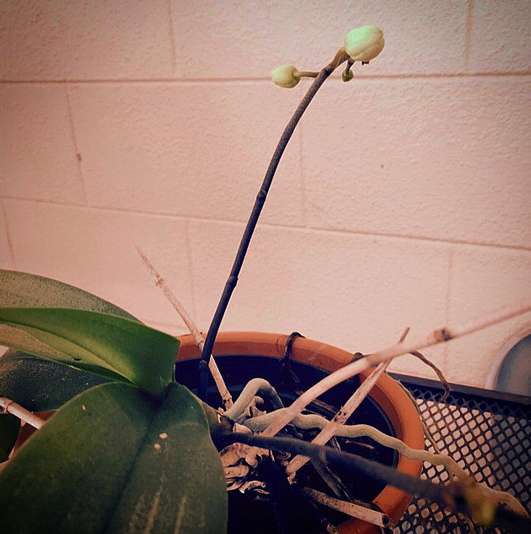 This phalaenopsis is the most trouble free plant I've ever had. Our friends gave it to us as a dinner gift one evening. That was over 10 years ago. I do absolutely nothing to it. It lives in the shade and feeds on air and moisture. Every so often, it surprises us with some blossoms that last a long time.… 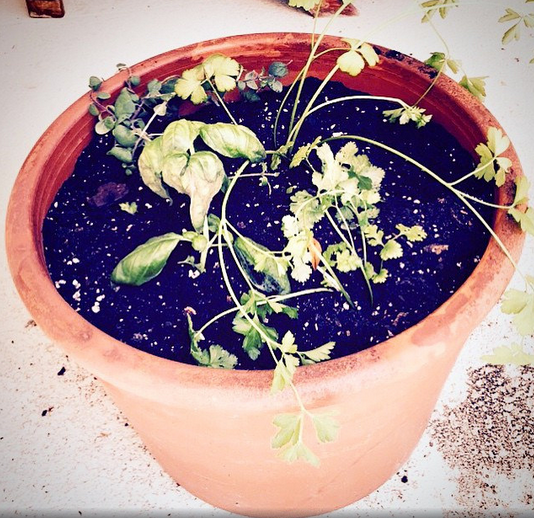 Gifted sprouts are the best, aren't they? These herbs were gifted to me from friends just going crazy over hydroponics. I took exactly 10 minutes and planted these herbs in a huge pot on the patio. I hope they grow like wildfire. Thanks for the gifted…

Active Streets Gainesville, an event that focused on active transportation happened last weekend. University Ave was shut down to autos for several blocks near Main Street. People rode bikes, skateboards, and walked around enjoying the moment with no automobile traffic. Signs of Spring are all around at the garden! I saw this beautiful robin kicking up a dust storm yesterday. The garden is looking so good! I just planted the first few plants for the upcoming season:…

The Florida Earth Skills Gathering is upon us! 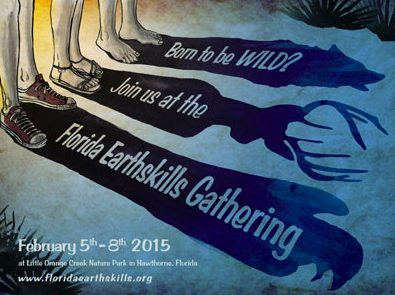 Tomorrow, the gathering begins in beautiful Hawthorne, FL. There's a bike ride down there via the Hawthorne trail organized. If you've been to Mycol's Finca for the previous gatherings, you know it's a special time. …

Unused are the old collectibles
Their worth can…

Riders ready at the gate
Fans no longer have to wait

Athlete sport with high speed
Is a skill you surely need

If your looking to explore
My…

Instructions made so easily
One from red hat society

Wonderland can be of little lambs
Making ornaments with your hands

Whatever your style or budget
Your personal touch can be tropic

Focal point of your home can be
Inspired by glamorous jewelry

Constantly under pressure, was pure and healthy
I find I was repressed by everything I’d see

Never exposed to the world most know
By turning on t.v and watching a show

The day finally came, I had to leave home
To the hard tough world, I felt so…

The Warmth Of Homemade

The Warmth Of Homemade

Cakes of Dolphin, Smurf, and Muno too
Butterfly, Barbie Doll with thousands of views

Baby items, aprons, and dresses to sew
You can make your own maple syrup, you know

Wreaths, snowmen, and Christmas logs are a craft
Helping…

Read All About It

READ ALL ABOUT IT

Definitions of words have surely changed
as Kilts And Reefers are now explained.

Like a Scene In A Play
The Counterpane Got…

New Future Of The Internet

New Future Of The Internet

Portland is Still my Favorite 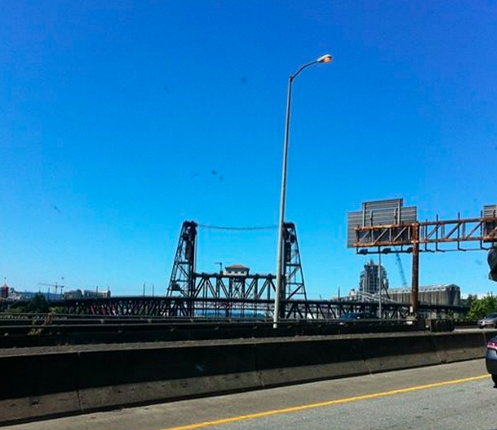 Portland, Oregon is a fun place to go as a traveller. I've been visiting Portland for a long time and I always have a good time and see new things. 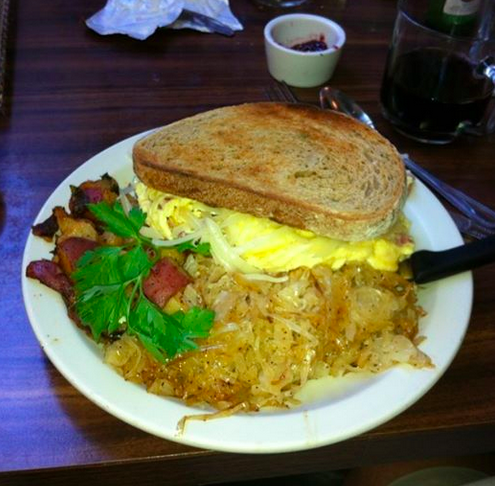 It's been a year since I've been here. There are new food carts serving…

Spring is in the Air 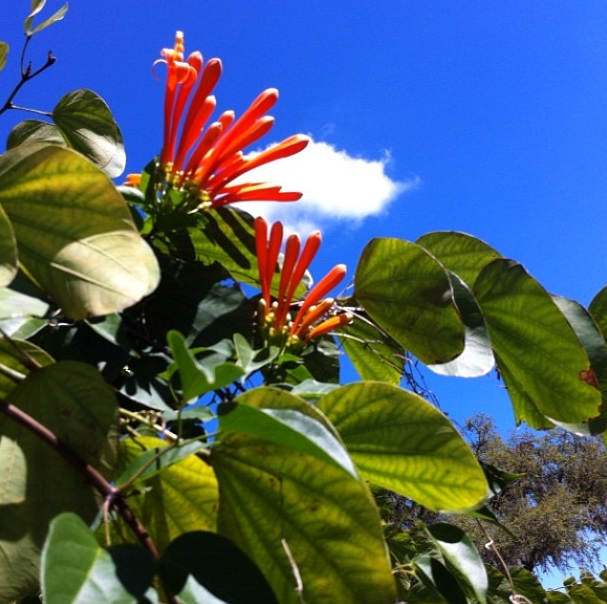 Boy, oh boy... It's beautiful here in the Swamp. I'm writing this from Florida on a sunny, sunny day. I've been traveling a lot lately and have not checked my garden patch for weeks at the beautiful McRorie Community Garden. But, this week's the week to drop by and see how the sprouts have grown. That's the nice thing about a garden. As long as you don't have turbulent…

From good to great...Dr Harold Kroto 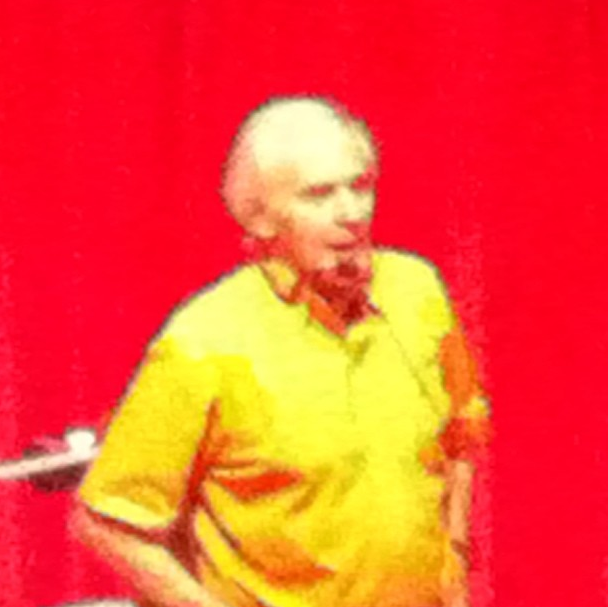 Harold Kroto discovered Bucky Balls. He opened the door to nano technology. Like, that's partly why little smartphones are possible.… 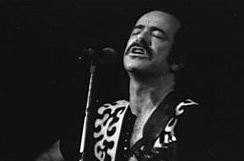 Robert Hunter wrote lots of Grateful Dead songs with Jerry Garcia charting the music. Robert was just on tour in the Fall, 2013. If you want to listen to him playing guitar and singing, there are a bunch of…